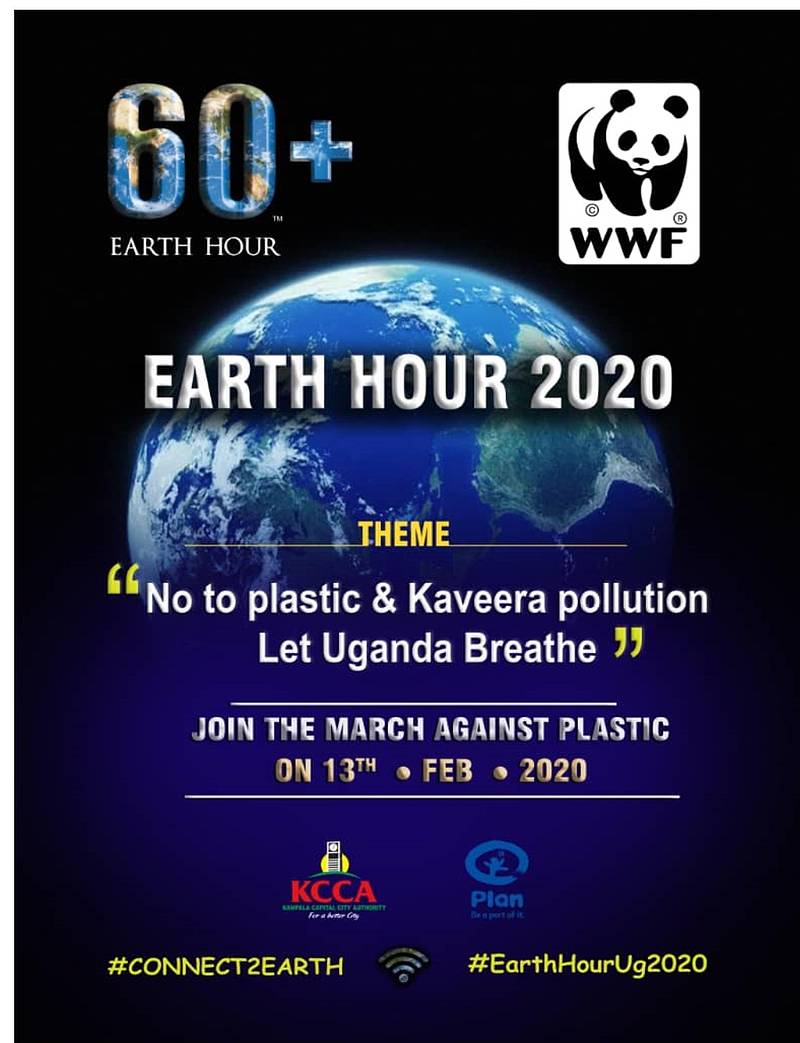 #EarthHourUg2020: The One Million March Against Plastic Pollution

Plastic pollution has become a critical environment challenge in Uganda. You will find plastics littered everywhere, from the city to beaches to drainage channels and even the remote parts of the country. The bitter reality is that plastics are silently choking the Country and suffocating our soils

.There is little effort towards checking this increased pollution and suffocation of nature. This Earth Hour, WWF in Uganda is mobilizing over a million Ugandans to join the march against plastic pollution.

The Match, set for 13th of February will also officially launch the 2020 Earth Hour Campaign in the country.
According to the Manager of Communication, Policy and Advocacy at WWF in Uganda Ms Kyategeka Samanya Rita, the efforts currently in place to address the plastics pollution are not enough.

“During these one-million-marches, we seek to mobilize young people, businesses, our Government and individuals to take actions and policy decisions aimed at ending this pollution”

Some of the partners already on board include Plan International, Kampala Capital City Authority and Youth Alive Uganda. WWF hopes to bring more private sector players and youth-oriented organizations such as YMCA and the Scouts Association on board.

Please mark the date, and if you can’t join the one-million-march against plastic pollution, join the social media activations with the twitter hashtag #EarthHourUg2020.

Explore Other Issues In The Series